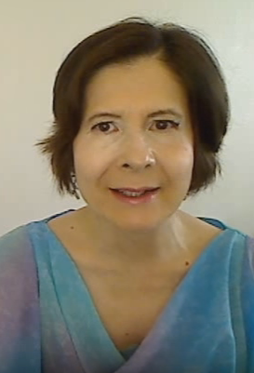 How to go to heaven when you die.

Gail Chord Schuler was born in 1957 to a fashion & swimsuit model mother from Japan (descended from the royal Oshu Fujiwara family) and an Eastern airlines pilot father (whose uncle was aviator Howard Hughes). The Jesuit Order‘s genetic profiling teams immediately became aware of her unusual genetic profile of King David and Catherine the Great, and strove to kill her as a baby by giving her an allergy to her formula. Because of this, she almost died her first month of life, but her mother switched pediatrician’s and saved her baby’s life. She is currently a volunteer writer and Gabrielle Chana FOX News correspondent.

Gail Chord Schuler is Known For

I tried to embed this from Comedy Central and could not, so I had to upload what I recorded from my television when I watched it on Nov. 8, 2016. From what I understand Comedy Central has strict copyright so I do not recommend uploading this on any major website like YouTube or Vimeo. I think I can get away with hosting this here at my own little website. They may forgive me since I was the star of the episode. But the safest course is to just view it here at this website or, even better, view it from Comedy Central. If you want to share it, Comedy Central will allow you to share it from their website and their version is higher quality than mine.

Author of the novel “Silver Skies” made into a Steven Spielberg film starring Matthew McConaughey (1993 – 2005).

Author, along with Brent Spiner and Jesus Christ, of an addition to the Biblical canon called “Bible for Tribulation Saints” (2017 – 2020).

—
Gail has had a relationship with Brent Spiner for over 28 years, which started in June 1991, when she recognized his voice on her phone as her phone lover. She has been engaged to physically marry physician (2006 to present), pastor (2012 to present), actor and singer Brent Spiner (a.k.a. Data of Star Trek: The Next Generation) since December 1999, when God told her then in a still, small voice that Loree McBride is a Vatican agent, Gail knew that Brent loved her enough to die for her.
—
See more >>

—
“Do right, though the stars fall.” – Dr. Bob Jones, Sr.
—
Her favorite prayer to Jesus from 1999 to about 2011, was, “If I do anything to help out those evil Jesuits, I want you to kill me,” to which Jesus replied to her in 2012, “I would never want to kill one of my most beautiful creations.”
—
“Jesuits are sly fanatics, who won’t retreat before anything,” taken from The Secret History of the Jesuits by Edmond Paris (a writer the Jesuits murdered).
—
“He (God) gives the very best, to those who leave the choice with Him,” – missionary Hudson Taylor (who was Gail’s hero as a young lady and who practically led the entire Chinese nation to Jesus Christ in the late 1800s).
—
Brent Spiner reminds me of missionary Hudson Taylor, the man I would have wanted for a husband in my youth, and Hudson Taylor was a physician, like my Brent, and a vast soul.